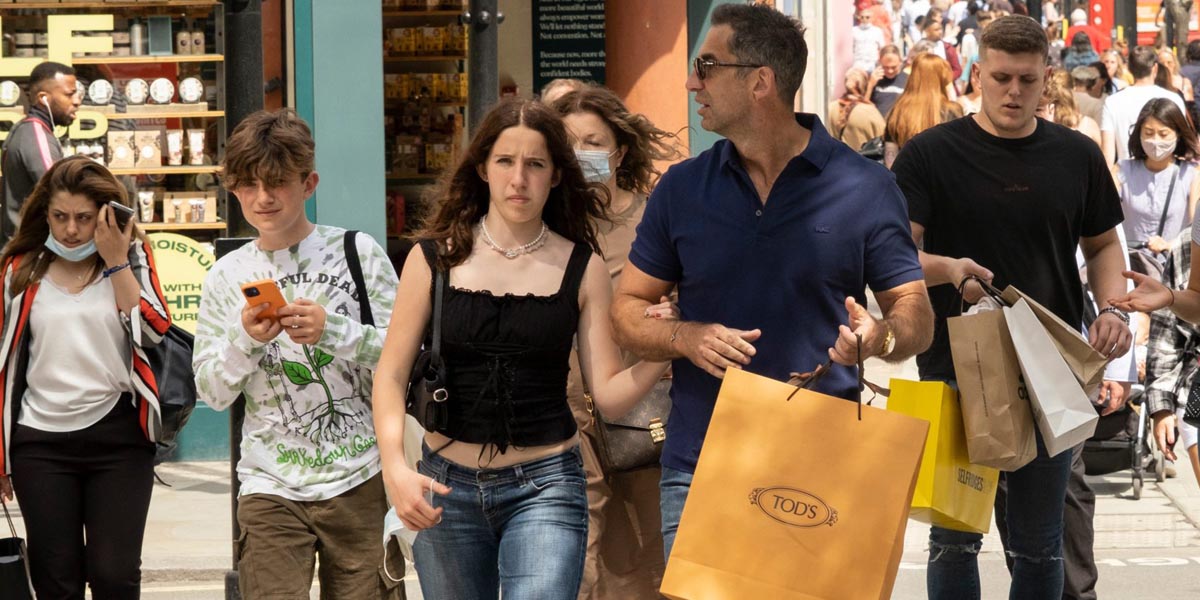 Prices across the UK economy rose at the fastest rate in three years in June, official data released Wednesday showed, as Brits spent on clothes and meals out as the economy reopened.

Britain’s Office for National Statistics said prices rose in particular for food, second-hand cars and clothing in the year to June, as well as for eating and drinking out and motor fuel.

“Some of the increase is from temporary effects, for example rising fuel prices which continue to increase inflation, but much of this is due to prices recovering from lows earlier in the pandemic,” Jonathan Athow, deputy national statistician at the ONS, said.

The stronger-than-expected inflation figures pose a challenge for the Bank of England which, like many central banks around the world, has insisted strong inflation will be temporary.

On Tuesday, data showed US inflation rose by more than anticipated to a 13-year high in June, with prices across the economy jumping 5.4% year-on-year.

Paul Dales, chief UK economist at Capital Economics, said June’s UK inflation figures came as a surprise. But he added: “We think this surge in inflation will be temporary, which means the Bank of England won’t tighten policy in response.”

Dales said: “We suspect CPI inflation could climb towards 4% around the turn of the year, which would be higher than the 3% peak expected by the Bank and most forecasters.

“But this will probably be a temporary spike related to reopening effects and the previous gains in commodity and component costs. As such, we are not expecting the Bank to respond by tightening policy in either 2021 or 2022, and probably not 2023 too.”