Home | HR Pulse Daily » News » The Secret to a Rat’s Sense of Touch? It’s All in How the Whiskers Bend 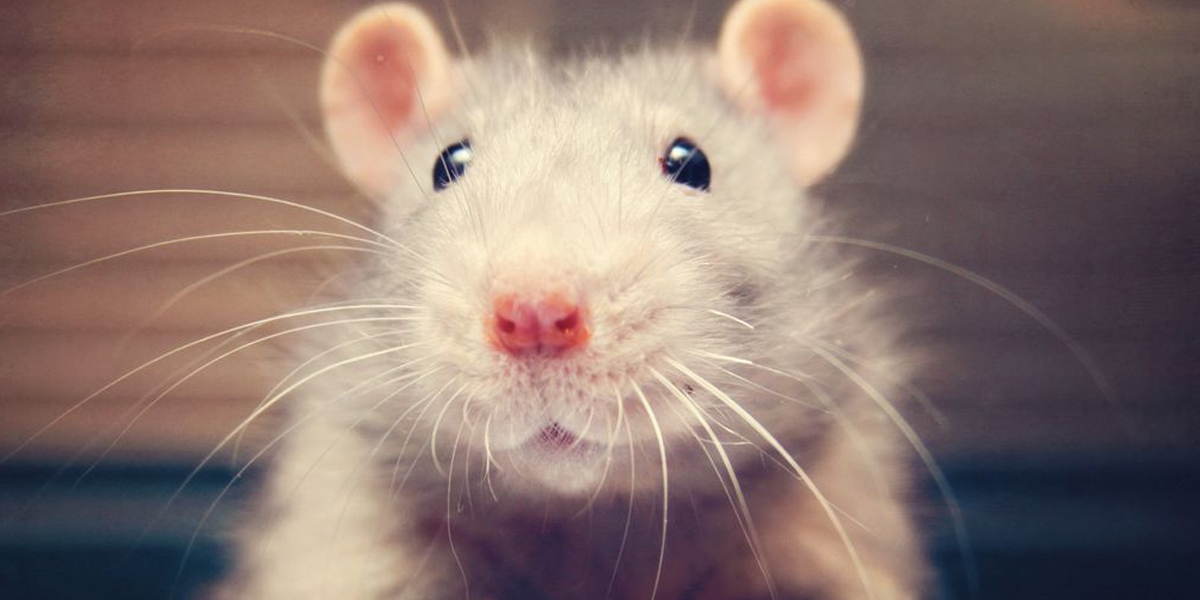 Rats, cats, and many other mammals have whiskers, which they typically use to sense their surrounding environment, akin to the sense of touch. But scientists have yet to precisely determine the means by which whiskers communicate that sense of touch to the brain. Now an interdisciplinary team at Northwestern University has come up with a new model to help predict how a rat’s whiskers activate different sensory cells to do just that, according to a new paper published in the journal PLOS Computational Biology. Such work could one day enable scientists to build artificial whiskers as tactile sensors in robotics as well as shed further light on human touch.

“The sense of touch is incredibly important to nearly everything we do in the world, yet it is very difficult to study touch using hands,” said co-author Mitra Hartmann, a biomedical engineer at Northwestern’s Center for Robotics and Biosystems. “Whiskers provide a simplified model to understand the complex, mysterious nature of touch.”

That’s why there is such a long history of studying whiskers (vibrissae) in mammals: rats, cats, tree squirrels, manatees, harbor seals, sea otters, pole cats, shrews, tammar wallabies, sea lions, and naked mole-rats all share strikingly similar basic whisker anatomies, according to various prior studies. The current study focused on rats. Rats have about 30 large whiskers and dozens of smaller ones, part of a complex “scanning sensorimotor system” that enables the rat to perform such diverse tasks as texture analysis, active touch for path finding, pattern recognition, and object location, just by scanning the terrain with its whiskers.

Technically, the whiskers are just hairs, a collection of dead keratin cells, much like human hair. It’s what they’re attached to that makes them as sensitive as human fingertips. Each rat whisker is inserted into a follicle that connects it to a “barrel” made up of as many as 4,000 densely packed neurons. Together, they form a grid or array that serves as a topographic “map,” telling the rat’s brain exactly what objects are present and what movements are taking place in their immediate environment. All those barrels in turn are wired together into a kind of neural network, so the rat gets multidimensional cues about its environment.

Frequency map
In 2003, Hartmann and several collaborators discovered that a rat’s whiskers resonate at certain frequencies. It’s the same principle that applies to the strings of a harp or a piano: longer whiskers resonate at lower frequencies, while shorter whiskers resonate at higher ones (the strings on many musical instruments also achieve different pitches by varying in thickness). Rats have shorter whiskers near the nose, with longer ones further back, enabling them to create a kind of “frequency map” by poking their noses all over the place. A single whisker acts much like a single-pronged tuning fork. Put them all together, and a rat can sense size, position, the edges of objects, even slight variations in texture, relative to its little rodent body. For instance, a very fine texture would set up a stronger vibration in a high-frequency whisker than it would in a low-frequency whisker.

As it moves across the terrain, a rat is constantly scanning its surroundings with its whiskers (called “whisking”), sweeping back forth between five and 12 times per second. When a whisker hits an object, it bends in its follicle, and this sets off an electrical impulse to the brain that enables the rat to determine both the direction and how far each whisker moves. Certain neurons in the rat cortex pulse at very precise frequencies, and these pulses are sent continuously to the thalamus, which compares them with incoming whisker signals. That’s how the animal forms an “image” of the world around it.

Hartmann and her colleagues wanted to learn more about how this complex sensing system responds to different external stimuli, particularly during active whisking. However, “it is not yet possible to experimentally measure this interaction in vivo,” the authors wrote. So they decided to create a mechanical model of the follicle sinus complex to simulate the deformation inside a follicle.

“The part of the whisker that triggers touch sensors is hidden inside the follicle, so it’s incredibly difficult to study,” said Hartmann. “You can’t measure this process experimentally because if you slice open the follicle, then the damage would change the way the whisker is held. By developing new simulations, we can gain insights into biological processes that cannot be directly measured experimentally.”

“Active whisking”
To build their model, Hartmann et al. relied in part on data from a 2015 ex vivo study of rat whiskers, measuring tissue displacement in response to the deflection of whiskers in a dissected row housed in a petri dish. While this earlier experiment only focused on a small region of the entire whisker follicle sinus complex, the resulting data nonetheless gave the Northwestern team a useful starting point.

Hartmann et al. found that rat whiskers are most likely to bend in a “S” shape within the follicle when they touch an object. This bending then pushes or pulls on the sensor cells, triggering them to send touch signals to the brain. The same bending profile results regardless of whether the whisker brushes against an object or is externally touched. And both intrinsic muscle contraction and an increase in blood pressure can improve the tactile sensitivity of the system.

“Our model demonstrates consistency in the whisker deformation profile between passive touch and active whisking,” said co-author Yifu Luo, a graduate student in Hartmann’s lab. “In other words, the same group of sensory cells will respond when the whisker is deflected in the same direction under both conditions. This result suggests that some types of experiments to study active whisking can be done in an anaesthetized animal.”

TagsSecret to a rat’s sense of touch