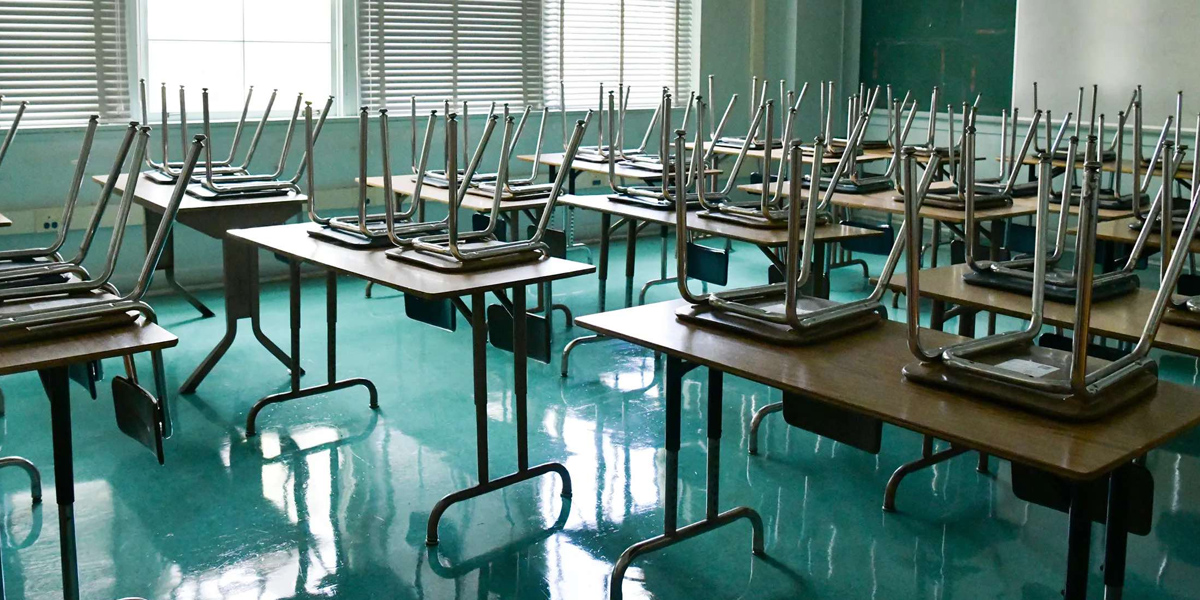 The science behind those ion-producing tubes is: The ions are meant to induce what chemists call "coagulation."

Claims they remove 99% of viruses are unproven; cheaper air filters are more effective.

Last fall, Jeff Kreiter, director of operational services for the school district in Sioux Falls, South Dakota, found himself flooded with proposals to clean the air inside classrooms. The ideas varied—UV lights, air exchangers, a wide array of filters—but one looked especially promising: a bipolar ionizer. The system involved a set of electrified tubes, placed in air ducts, that would flood the buildings with charged particles, or ions. Marketing materials from the company AtmosAir promised that this would eliminate pollutants and viruses by emulating the ion-rich air found in an alpine village. The district paid a local vendor $2 million to install the system in 33 school buildings. “Ultimately we wanted to kill the virus and have a healthier environment, but we wanted this long-term and not just for corona,” Kreiter says.

The science behind those ion-producing tubes reads like an elegant example from a high school textbook. The ions are meant to induce what chemists call “coagulation.” Like blood cells clotting a wound, particles of opposite charge glom together, capturing nasty things that you don’t want in your lungs, like pollen and mold. Eventually, those clumps grow large enough that gravity takes over and they fall harmlessly to the ground. With viruses, there’s another benefit: the ions gum up surface proteins used to enter cells, making them less effective invaders. The result, and the banner claim made in the company’s pitch to schools during the pandemic, is a 99.92 percent reduction in coronavirus within 30 minutes.
The problem, according to air-quality experts, is that there’s little independent evidence to back up such claims. Air cleaners are largely self-regulated, with few standards for how manufacturers should test their products, and peer-reviewed research is scant. The science may work in principle or in a controlled lab test, but how well ionization cleans a classroom’s air is a different story. Claims related to COVID-19 are especially dubious. Most air-cleaner makers, including AtmosAir, rely on controlled tests that demonstrate how ionization eliminates viruses found on surfaces, which has little bearing on how well ions clear the air.
Frustrated air-quality scientists say the industry is making a play for funds that should go to simpler, proven improvements to school ventilation. “None of these devices have been proven to work,” says Delphine Farmer, an atmospheric chemist at Colorado State University who has studied ionization technology. “Anyone who understands the chemistry would say you should be very wary of using them.”

A bigger concern, she adds, is the potential for air-cleaner devices to do harm. Ionizers in particular have a history of producing byproducts, including ozone, formaldehyde, and other volatile compounds, that can damage the lungs. Tests of AtmosAir’s ionizer by the New York State Department of Health found elevated levels of ozone in classrooms where it was running. The company disputes those findings and points to industry certifications that its technology is ozone-free.

But air cleaning is now in vogue in schools, which are flush with federal funding to reopen safely and are poised to receive much more. Dozens of districts have purchased ionizers using Cares Act funding, as well as other chemical air-cleaning treatments. After a cursory search, Marwa Zaatari, an air-quality consultant in Austin, Texas, compiled a list of purchases totaling about $60 million. The American Rescue Plan recently approved by Congress includes an additional $122 billion in school aid, stoking optimism among air-cleaner makers and vendors. “It feels so defeating that after this sudden awakening to the importance of indoor air quality, all the money is being poured toward unproven technology,” Zaatari says.

The best ways to improve indoor air quality depend on the space, but most experts point to relatively simple solutions such as opening windows and installing physical filters that meet testing standards developed by organizations such as the American Society of Heating, Refrigerating, and Air-Conditioning Engineers, or ASHRAE. The acronyms for those standards, such as MERV and HEPA, get a little confusing, but they reflect what kinds of particles they can filter out and at what rate. MERV-13 filters, which the Centers for Disease Control and Prevention say are effective for filtering out aerosols of the size that may harbor SARS-CoV-2, go for about $25. A school may need dozens of filters and possible upgrades of ventilation systems if they can’t force enough air through the less-porous filters.

The makers of ionizers dispute that their technology is unproven. Tony Abate, the chief technology officer of Clean Air Group, AtmosAir’s corporate name, says traditional filtration methods require ventilation systems that effectively circulate air through the filters, which some spaces don’t have. By contrast, ions that are dispersed throughout a building deal with contaminants, like viruses, at the source of a sneeze or cough. Ideally, he says, schools should adopt a combined approach. “It’s a layer of protection. It’s not meant to replace other layers. It’s important that you use filters and ventilate your buildings and that you control your sources with masks and handwashing,” he says. He points to commissioned lab studies and case studies from customers who have seen their air quality improve.

Kreiter, of Sioux Falls schools, where students have been learning in person since last fall, says officials are pleased with their air quality so far. One tell was the lack of issues with mold this year, a common problem during the winter. But he acknowledged it was difficult to tell whether the improvements were due to ions floating throughout the schools or the result of improved air filters, which were purchased separately and installed at roughly the same time.

Air cleaners slip through the regulatory cracks. They’re not medical devices, so the Food and Drug Administration doesn’t review them. The Environmental Protection Agency doesn’t regulate indoor air quality beyond certain hazardous byproducts. The CDC refers to air cleaners as “emerging technologies” and suggests buyers “do their homework” on manufacturers’ claims. ASHRAE offers similar equivocation, noting the lack of “convincing, scientifically rigorous, peer-reviewed studies” on the technology. In other words, buyer beware. That leaves schools wading through an alphabet soup of unfamiliar acronyms and manufacturer claims as they rush to use funds to reopen safely.

Those dynamics are not unique to air cleaners. Other popular post-COVID school upgrades, like contactless temperature screeners, fall into a similar gray area in terms of marketing and regulation. A research team last month reported that many manufacturers had programmed them to display only “normal” temperature readings. School officials and vendors told WIRED that the benefits of the thermometers were largely psychological.

For air cleaners, the troubled history predates COVID-19. They have traditionally been sold as a way to improve indoor air quality without sacrificing energy efficiency, making them a favorite of green building designers. Instead of introducing outdoor air, which needs to be heated or cooled, they allow buildings to be sealed more tightly while the ions circulate within. Products like Sharper Image’s Ionic Breeze, a staple of early 2000s catalog culture, have helped give the industry a premium sheen. The problem, as Consumer Reports found when it tested the Ionic Breeze, was that ionization didn’t do much to remove pollutants but produced lots of ozone. (Litigation over the device later helped send Sharper Image into bankruptcy protection.)