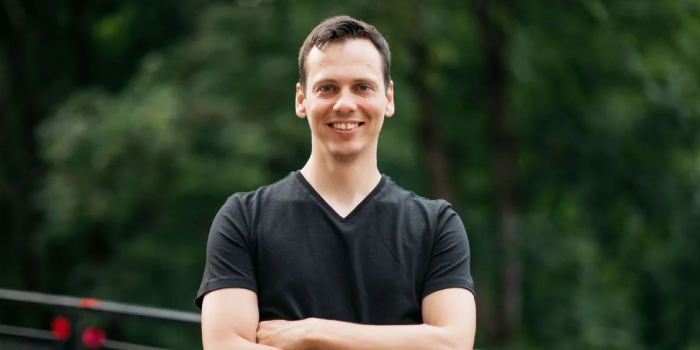 It is well documented that Africans are the original people, spiritually centered, resilient, and courageous people. The Afro-Colombian community comprises at least 25% of Colombia's total population.

It is well documented that Africans are the original people, spiritually centered, resilient, and courageous people. The Afro-Colombian community comprises at least 25% of Colombia’s total population yet suffers from some of the harshest conditions affecting the country and is overrepresented among the poorest of the poor. In addition to being among the poorest of the country, 82 % lack basic public services. Afro-Colombians have high illiteracy rates, insufficient housing, and inadequate access to healthcare, and in areas where there are large concentrations of Afro-Colombians, there is a lack of modern infrastructure and economic growth initiatives.

Several Delegations of distinguished Afro-Colombian elected officials and civil society leaders organized by Mr. Robert Asprilla, Pres., Afro-Global Consulting, have been visiting Capitol Hill to advocate for the Afro-Colombian people. This level of engagement organized by Mr. Asprilla to educate Washington about the plight of the Afro-Colombian people follows the staff delegation to Colombia in 2002 led by Mr. Ian Campbell with the office of Congressman Bobby L. Rush. During the week of February 5, 2007, Mr. Asprilla and his organization led a delegation headed by former Congressman Edgar Torres and former Governor Julio Ibarguen to Washington. They had the opportunity to brief a bipartisan group of Senators, Congresspersons, and professional staff on Capitol Hill.

The delegation advocated for a policy shift by the Colombian government, multilateral institutions, and the United States government. They requested an increased emphasis on investment for social, sustainable, and infrastructure development initiatives in Afro-Colombian territories. The delegation opined that there needs to be an investment in strengthening the capacity of existing Afro-Colombian institutions and leaders, and in creating and training new leadership that will guide their communities to thrive in an interdependent global economy.

According to Mr. Asprilla, “With the support of my friend, former two-time Governor of Choco, Minister of the Environment and Sustainable Development, Luis Gilberto Murillo, we fought back, we out organized – out worked the institution, and we achieved some notable accomplishments”. The advocacy and leadership of Afro-Colombians have prompted the Colombian government to recognize the needs of rural Pacific Coast communities resulting in the “Strategy for Strengthening Democracy and Social Development” which emphasizes increased economic and social programs, as well as human rights and justice reform with special attention to the needs of Afro-Colombians, indigenous groups, and displaced persons. The Hon. Former Secretary of State Condoleezza Rice welcomed the new strategy at the time with a statement on February 7, 2007 stating, “…with the support of the U.S. and the international community, this initiative will consolidate and build on the achievements made through Plan Colombia to reduce poverty, strengthen the rule of law, and significantly reduce violence in Colombia.”

The US Congress through the strong leadership of the Congressional Black Caucus headed by Congressman Gregory W. Meeks, the late Congressman John Conyers, the late Congressman Donald Payne, the late Congressman John Lewis, Congressman Bobby L. Rush, Congresswoman Barbara Lee, former Congressman Charlie Rangel, and others passed H.CON.RES.175 on July 18, 2006, and S.CON.RES.90 on November 11, 2006. The resolutions recognize (1) African descendants for their contributions to the economic, social, and cultural fabric of the countries in the Americas, particularly in Latin American and Caribbean societies; and (2) that as a result of their skin color and ancestry such descendants have experienced economic, social, and political injustices. The resolutions further encourage the United States and the international community to work to ensure that poverty is eradicated, universal education is achieved, quality healthcare is made available, environmental resources are provided, and equal access to justice is granted in Afro-descendant communities in Latin America and the Caribbean by promoting programs that focus on Afro-descendant communities, and promoting trade and other bilateral and multilateral agreements that take into account the needs of Afro-descendant communities.

Ian Campbell, International Relations Staff Member with House Foreign Affairs Committee Member Congressman Gregory W. Meeks organized a Congressional Delegation headed by Rep. Meeks to several rural communities along the Pacific Coast in Colombia. The visit was facilitated by Mr. Asprilla who introduced the delegation to community leaders, and civic organizations toured a school for displaced children and attended a community meeting to hear directly from those affected by violence and neglect before sitting down with the then Colombian President Uribe and US Ambassador Wood.

For over 20 years, the advocacy of Mr. Robert Asprilla working to educate staff and Members of the Congressional Black Caucus, the Foreign Affairs and Foreign Relations Committees, think tanks, civic organizations, African-Colombian leaders, and organizations to help bring recognition and acceptance by the Colombian government that the tragedies facing the Afro-Colombian communities are institutionalized and systemic. Former President Uribe and his administration moved the ball forward by recognizing the desperate needs of the Afro-Colombian people and “as a direct result of our advocacy, he appointed an African-Colombian woman Minister of Culture and an Afro-Colombian male Vice Minister of Labor”. These steps were important feats by the Administration and important accomplishments for the African-Colombian people.

Likewise, the US Embassy in Colombia hired an Afro-Colombian to serve as a direct point of contact with the Afro-Colombian community. Our efforts have culminated in the following, first, to ensure that the voice of the African community in Colombia is inserted in the bilateral dialogue between the United States and Colombia through the US Colombia Joint Action Plan on Ethnic and Racial Equality.

Second, over the past 15 years, we worked with the Members of the Congress to identify more than $500 million USD for the development of Afro-Colombian communities and to ensure that any aid package from the US to Colombia would include an earmark for Black and Indigenous communities.

Third, we increased the political participation of Black communities, we advocated ensuring that Africans in Colombia would be considered for high-level positions in local, regional, and national governments. In the most recent Colombian election, we had two (2) presidential candidates and five (5) Afro-Colombians Vice-Presidential candidates including our good friend the Honorable Minister Luis Gilberto Murillo.