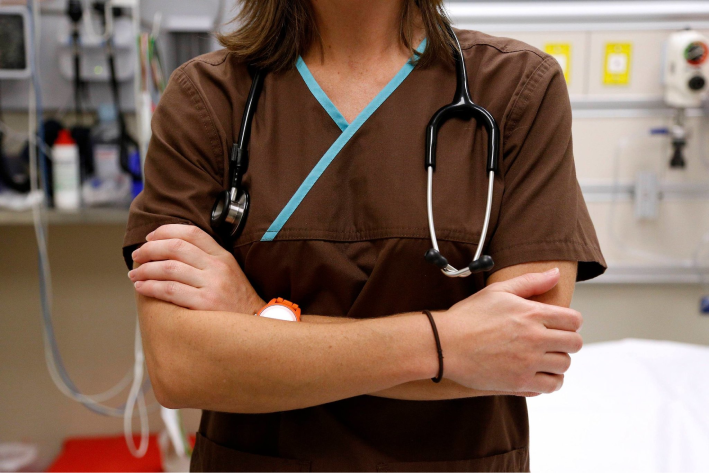 Union leaders warn that Dayton’s police and fire departments could see staff shortages next week that put citizens at risk if the city sends employees home for not complying with a requirement that they be fully vaccinated against COVID-19 or undergo weekly testing.

Union leaders warn that Dayton’s police and fire departments could see staff shortages next week that put citizens at risk if the city sends employees home for not complying with a requirement that they be fully vaccinated against COVID-19 or undergo weekly testing.

Officials with the Dayton Fraternal Order of Police and the Dayton International Association of Firefighters say the city’s vaccination and testing requirements are a significant change to the terms of their contracts and must be agreed to through collective bargaining as required by law.

Dayton FOP Lodge 44 Vice President Derric McDonald and Dayton IAFF 136 President Kraig Robinson said there are potentially 200 police personnel and 100 fire personnel who could be told to stay home —indicating there are that many who either are not vaccinated and do not agree to testing, or have not disclosed their vaccination status. They called the situation a “public safety nightmare.”

But the city said employees who are not vaccinated and refuse to undergo weekly testing need to be removed from the workplace because they put their coworkers and members of the public at risk.

City officials contend the new vaccination/testing policy is a workplace safety measure that does not need approval from the city’s unions.

“To threaten public safety at this late hour, over something they have known about for three months, is a callous disregard for the sworn duty to protect and serve the citizens of Dayton,” said Ken Couch, Dayton’s human resources director. “The city will take whatever action is necessary to ensure we provide public safety service to our citizens.”

Some media reports said the city and unions planned to discuss the issue Friday, but city spokeswoman Toni Bankston said at 4:40 p.m. Thursday there was no meeting planned.

On Monday, the city is supposed to start requiring its employees be fully vaccinated or participate in weekly COVID-19 testing, which will be offered onsite and no cost to workers.

About 1,000 of the city’s 1,820 employees said in affidavits they were fully vaccinated (55% of total), according to city data obtained by this newspaper in early October. But public safety vaccination numbers were lower — less than one-third of fire personnel and a little more than one-third of police personnel.

City Manager Shelley Dickstein said 773 city employees were not vaccinated or had not disclosed their vaccination status as of Thursday, and 60% of those (464) were in the police and fire departments.

Originally, the city said unvaccinated employees would have to pay for their own testing, on their own time. But after a series of meetings with police and fire union leaders, Dickstein said, the city agreed to delay the start date, cover the cost of testing and conduct it onsite during work hours.

“I am extremely disappointed with the comments made this morning by union leaders representing our safety forces,” Dickstein said. “… The new testing protocol was discussed months ago with all union leadership.”

If there are staff shortages, citizens can expect longer waits for police, fire and EMTs to show up at emergencies, McDonald said.

The FOP and IAFF say they do not oppose vaccines or testing, but say the vaccination/testing policy is a very big change in work conditions that must be negotiated with the unions, McDonald said.

Unions representing Dayton’s police, fire, building trades and blue collar and clerical workers have filed unfair labor practice charges against the city with the State Employment Relations Board, claiming the city made unilateral changes in violation of the law.

“Other unions in other cities across the state have sat down and bargained out issues, where our city refuses to,” McDonald said.

Employees who show up to work but refuse to be tested will be sent home without pay until they provide a negative COVID-19 test, said Couch.

Employees who do not show up to work at all without prior authorization are considered absent without official leave, which can lead to disciplinary actions including termination, Couch said.

Couch said the city has about 61 firefighters scheduled to work each day. He declined to say how many police officers are on duty every day.

Robinson said the city has refused to come to the negotiating table to get these issues resolved, but there’s still time for that to happen before Monday.

Or, he said, the city can push back its start date for the testing requirement to provide more time for negotiations to take place.

If the city implements this policy on Monday, it could result in a catastrophic crisis and a logistical nightmare that severely impacts public safety, Robinson said.