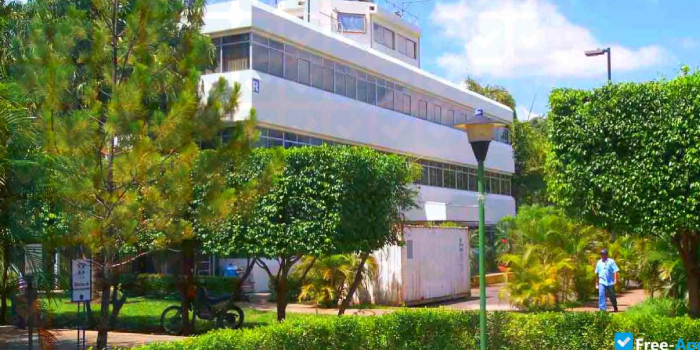 the Universidad Hispanoamericana (UHISPAM) celebrated its 24th anniversary without imagining that it would be the last, because on Tuesday December 14th the National Assembly

the Universidad Hispanoamericana (UHISPAM) celebrated its 24th anniversary without imagining that it would be the last, because on Tuesday December 14th the National Assembly of Nicaragua, controlled by the ruling party and its allies, closed the Hispanoamericana Foundation, the legal figure under which UHISPAM operated.

According to the Ministry of the Interior, the Hispanoamericana Foundation and nine other non-governmental organizations had not reported on their financial statements and had not presented reports on the financing of their projects as mandated by the Nicaraguan legal framework, and consequently the Legislative Branch had to cancel their legal status.

They did not mention that for several years when NGOs have attempted to file their required reports the Ministry has refused to accept them, therefore forcing the organizations into legal violations, later used to close them down.

With the shutdown of the Universidad Hispanoamericana, 3,980 students were left in limbo. The website of that university indicates that the university students were distributed in 15 undergraduate and engineering careers; 10 graduate programs and master’s degrees; 5 courses and graduate diplomas and 5 technical careers.

In an interview with VOA, Vilma Nunez, Director of the Nicaraguan Center for Human Rights (CENIDH) commented: “This is the perverse behavior of a dictator. This man is totally out of it. The most perverse thing is the harm caused by shutting down UHISPAM university, with almost 4,000 students. Where will these students go?”

Nunez, 83 is known in Nicaragua for more than 60 years dedicated to the defense of human rights. Even during the military dictatorship of Anastasio Somoza, she fought for the freedom of several historical cadres of the now ruling Sandinista Front (FSLN), led by President Daniel Ortega.

The human rights defender believes that the actions of the Ortega against non-governmental organizations is clearly “a persecution against people who make use of their right to organize, form associations, gather around whatever they consider relevant for the development of activities, including associations of a religious nature.”

A former student of Universidad Hispanoamericana, who requested anonymity to Voice of America for security reasons, expressed her rejection to the shutdown of the university. She said that thanks to the UHISPAM scholarship program, she was able to graduate with a bachelor’s degree in journalism and make a career in the Central American country.

“The shutdown of UHISPAM surprised me because most of the students generally come from low-income households. Remember that besides me, there are other journalists such as Jennifer Ortiz, Arnulfo Peralta, Jackson Orozco, Jimmy Romero, Leticia Gaitan, who come from humble origins and have managed to standout in journalism,” the journalist told VOA.

An education expert, who also requested anonymity explained that, after the shutdown of the Universidad Hispanoamericana, the State of Nicaragua must guarantee the affected students the continuity of their careers, as established by the Nicaraguan legal framework in these circumstances.

“Students should be supported by the National Council of Universities (CNNU) and by what is mandated by “Law 582, the General Law for Education” in the National Council of Education. It is like when a bank goes bankrupt, the account holders do not have the responsibility because for that there is an entity that regulates the operation of the banks, so that is how students must feel,” said the expert.

Since the socio-political conflict broke out in Nicaragua in April 2018, as a result of failed reforms to the pension system, the Ortega government has stripped 61 NGOs of their legal status, including six foreign NGOs, three from the United States and three from Europe, according to the list kept by the Nicaraguan Center for Human Rights.

Vilma Nunez, who on November 24 won the “Human Rights Award” presented annually by the Human Rights Association of Spain (APDHE), warns that with the closure of non-profit organizations, thousands of Nicaraguans are affected because they stop being part of the social programs of these organizations.

“Daniel Ortega has not attacked the people who ran these organizations, he has attacked the entire population that benefitted from these projects. With the shutdown of human rights organizations such as CENIDH, what he did was to limit where people could go and receive protection due to the absence of governmental organizations that defend human rights,” Nunez stressed.

Law for Foreign Agents is applied to NGOs

The NGOs illegalized in 2021 have been accused of violating the “Foreign Agents Law,” approved at the end of 2020. Some opponents such as Moises Hassan, who was part of the National Reconstruction Governing Junta after the fall of the “Somoza dictatorship,” told VOA that the deterioration of civil society has been “undermined” since 2007, date when the ruling FSLN came to power.

“Daniel Ortega is a figure who has hurt the Nicaraguan people for many years, but this has been particularly more visible since 2018. It is he who has betrayed is country, said Hassan, who argued that his former guerrilla comrade obeys the interests of “Russia and China.”

Despite the adversities that civil society faces, Hassan from his exile in Costa Rica and Vilma Nunez from Nicaragua, affirm that they will continue to denounce before the international community the difficult situation of their fellow countrymen.