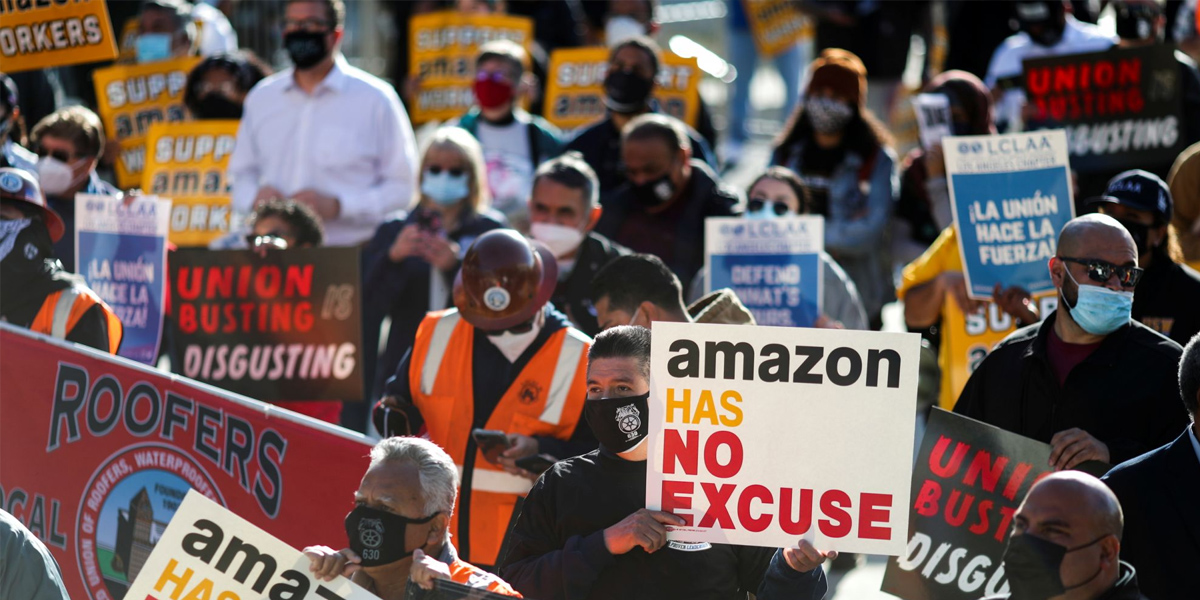 Regulators have told the company to reach a settlement with two former employees.

Federal labor regulators have found that Amazon illegally fired two of the most outspoken critics of its climate and workplace practices. Former employees Emily Cunningham and Maren Costa were let go last year for repeatedly violating Amazon’s internal policies that forbid workers from discussing the company publicly without formal approval. The decision prompted the National Labor Relations Board to start an inquiry into claims that Amazon was retaliating against employees who organize or participate in protests. According to correspondence shared by Cunningham with The New York Times, the labor agency has deemed Amazon’s firings as illegal. It also said that it would accuse the company of unfair labor practices if it did not settle the case with the two former workers.

Cunningham and Costa’s high-profile case gained national attention after they lambasted the retailer for its climate policies last year in a video shared by Bernie Sanders. They later amplified their protests to speak out against the company’s workplace conditions during the pandemic. The two activists were fired by Amazon last April for repeatedly violating internal policies that prohibit public disparagement or misrepresentation of the company — a claim Amazon repeated today in its statement to the Times.

“We support every employee’s right to criticize their employer’s working conditions, but that does not come with blanket immunity against our internal policies, all of which are lawful,” said Jaci Anderson, an Amazon spokeswoman. “We terminated these employees not for talking publicly about working conditions, safety or sustainability but, rather, for repeatedly violating internal policies.”

Cunningham heralded the labor board’s decision as a “moral victory” that proved “we are on the right side of history and the right side of the law.” The agency has seen complaints against Amazon’s meddling with workers’ rights to organize more than triple during the pandemic, according to a recent NBC Newsreport. Suggesting that the saga is far from over, the labor board is now considering starting a national investigation into the practices, despite typically probing charges on a regional basis.

The agency has also upheld a complaint involving labor activist Jonathan Bailey, who accused Amazon of breaking the law when it interrogated him following a walkout he staged last year at a Queens warehouse. Last month, Amazon settled with Bailey and was required to post a notice to employees reminding them of their right to organize.