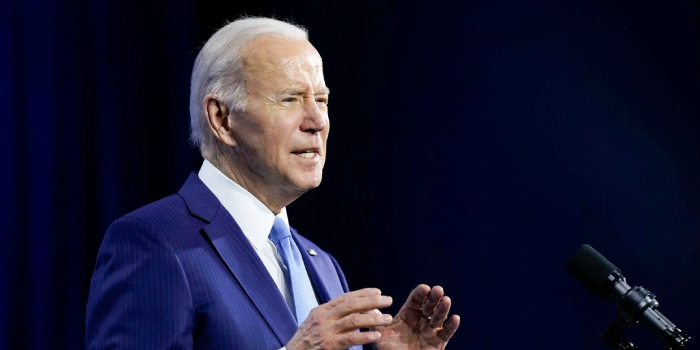 The Biden administration is marking Equal Pay Day by announcing a proposed regulation that would prevent federal agencies from using a job applicant’s prior salary history in the hiring process.

The Biden administration is marking Equal Pay Day by announcing a proposed regulation that would prevent federal agencies from using a job applicant’s prior salary history in the hiring process.

The Office of Personnel Management (OPM) plans to issue the regulation, which comes at the direction of an executive order on diversity, equity and inclusion that President Biden signed in June, senior administration officials said.

Vice President Harris, the first female vice president, is scheduled to lead a virtual summit on Equal Pay Day at the White House on Tuesday that officials said will feature administration officials, athletes and CEOs.

Biden administration officials are expected to highlight the regulation and other steps the White House is taking to advance pay equity in the workplace.

“Our country has come a long way, but we still have work to do to close gender and racial wage gaps,” a senior administration official told reporters on a call previewing the announcements.

The official noted that in 2020, the average woman working full-time earned 83 cents for every dollar paid to the average man.

Equal Pay Day marks the date each year to which women must work to earn the same pay that men made in the year prior.

In addition to plans for the new rule, President Biden will also sign an executive order on pay equity and transparency for federal contractors.

The order will direct “the Federal Acquisition Regulatory Council to consider enhancing pay equity and transparency, including by limiting or prohibiting federal contractors from seeking and considering information about job applicants’ and employees’ existing or past compensation when making employment decisions, and appropriate accountability measures,” according to a White House fact sheet.

On Tuesday, the Labor Department will also highlight a new directive that clarifies that federal contractors are obligated to analyze compensation practices on a yearly basis.