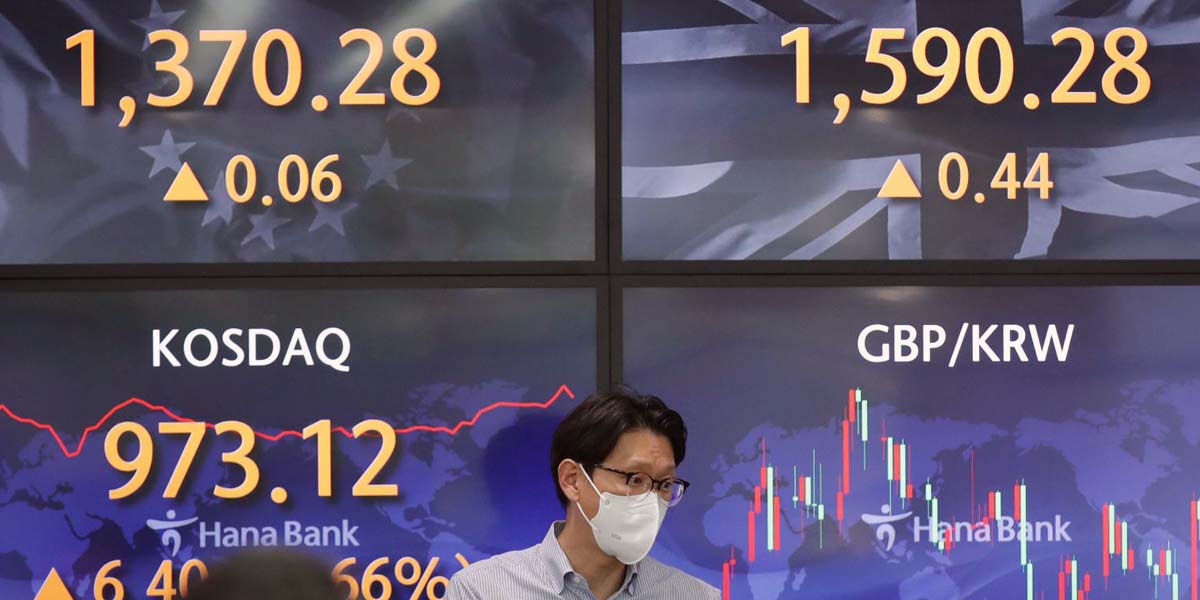 Shanghai and Hong Kong advanced, while Tokyo and Seoul declined.

Wall Street’s benchmark S&P 500 index rose Friday but ended the week down 1.4% for its first weekly decline in three weeks.

Taiwan and Singapore announced restrictions on public gatherings and other curbs over the weekend following a rise in new infections, raising concern the region’s economic recovery might be pushed back.

“Concerns on virus resurgences may continue to linger in the region,” said Yeap Jun Rong of IG in a report.

The 180 new coronavirus cases in Taiwan and 15 in Singapore were modest compared with India’s thousands. But the rise in economies that had appeared to have the disease under control prompted concern. Malaysia, Thailand and the Philippines re-imposed controls earlier in response to rising infections.

Thailand, which had managed to keep outbreaks mostly under control by virtually closing its borders and imposing mandatory quarantines, reported nearly 10,000 newly confirmed cases on Monday. About two-thirds of them were in prisons.

“If the numbers are going up, even if they are still low, you don’t have much time to nip this in the bud before you could be dealing with an India-like situation,” said Robert Carnell of ING in a report. The economic impact “will depend in large part on how successful the measures now being rolled out end up being.”

That followed three days of heavy selling driven by investor worries about a possible rise in U.S. inflation. The major indexes had hit all-time highs the previous week.

Government data Friday showed U.S. retail spending held steady in April at the previous month’s level, but that was below forecasts of a 1% increase over March.