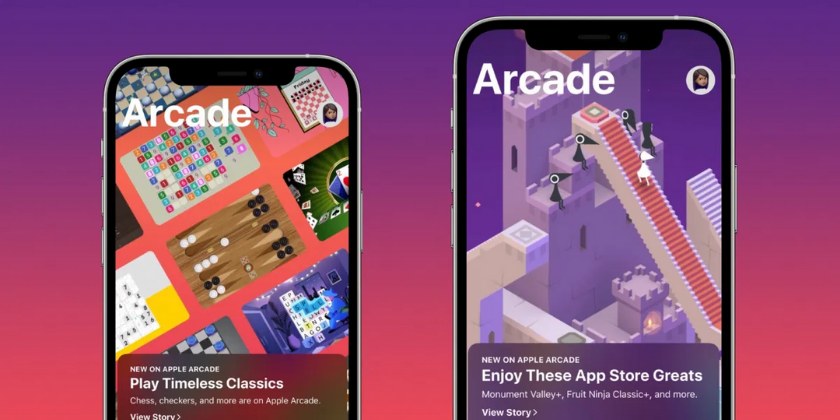 The expansion, however, creates the space for Apple to add older titles to the mix as well. Click here to read the news article.

Apple Arcade’s biggest update so far is here and it’s exciting in terms of both what it delivers and what the latest changes could deliver in the future.

First, the news. On Friday, the Apple Arcade subscription service — which gives iOS users unfettered access to a library of games for $5 per month — added more than 30 games, including standouts like Fantasian (from the creator of the Final Fantasy series) and a new spin on The Oregon Trail.

That wasn’t all, though. In a twist, Apple also introduced two new sections for the Arcade catalog, one for “Timeless Classics” and the other for “App Store Greats.” These two buckets bring an additional layer to Arcade, which launched with the pitch that subscribers would get access to games that couldn’t be played on any other mobile platform.

The expansion, however, creates the space for Apple to add older titles to the mix as well. It’s off to a promising start too, with the two new categories together delivering popular games like Threes!, Mini Metro, Really Bad Chess, and SpellTower.

Back in 2017, Apple killed support for 32-bit iOS apps with the launch of iOS 11. In a single update, thousands and thousands of apps were suddenly no longer supported. Even with plenty of lead time given to app developers and the public alike so everyone could prepare, not every app made the leap.

That included a huge number of games, many of which would comfortably fit under Apple’s “App Store Greats” umbrella. Personally, I still hang on to a pre-iOS 11 iPhone because my beloved Infocom collection, The Lost Treasures of Infocom, didn’t get a 64-bit update from IP owner Activision. Every year or so I hop on Twitter and reach out to the Activision PR crew to throw a temper tantrum about the effective erasure of an important piece of gaming history.

But I digress. The point is, there are some real forgotten gems in Apple’s defunct 32-bit game library, games that lots of people have fond memories of playing. We’ve seen some get re-released over time, but nowhere close to all of them. The subscription service GameClub exists in the first place to give people a way to play at least some of the lost games.

What’s stopping Apple, then, from putting some of its resources toward reviving the lost gems of the pre-2017 App Store? As much as a pre-Arcade Apple kept video games at arm’s length, we’re still talking about the first major gaming platform in the mobile. The first iPhone didn’t only popularize smartphones; it was also a hit for gaming.

I’m talking about foundational classics like Edge and Spider: The Secret of Bryce Manor. Or Shadowgun. Space Invaders Infinity Gene. Peggle Classic. Anyone who owned a pre-iOS 11 Apple device probably has at least one or two favorites that aren’t around anymore.

I know game development is no easy process, and updating any of these (or others) for 64-bit support might be more costly (or challenging for other reasons) than it’s worth. But Apple’s latest Arcade update opened the door to a big piece of gaming history that was so quickly forgotten. Here’s hoping the company sees the opportunity and does something about it.